Why The Flickering Cauldron

We are always on the look out for unusual spiritual and metaphysical items to sell along side the everyday must haves! We have no hidden extras, everything includes postage & packaging, so the price you see is the price you pay! If you don't see what you want, get in touch through our contact page and we will source it for you.

As you can see from the pictures, AGM Urania has redesigned the box of this iconic deck (as of November 2017). The cards, however, remain the same, only the box design has changed.

This is a review by Sapienza
The Cosmic Tarot was originally printed by FX Schmidt in 1986. The edition I am currently reviewing was published by AGMuller. The deck was both created and illustrated by Norbert Losche. It continues to be published by AGMuller but is also distributed by US Games in boxes showing their copyright. The edition I am reviewing was printed in Belgium.

The artwork on these cards is quite extraordinary. It is certainly one of those instances where the online scans do not do justice to the artwork. The title card explains that Norbert Losche is a self-taught artist. I believe the technique used to create the cards was to use pen and ink. The illustrations are rich in detail and symbolism. The figure drawing is faultless and the use of colour is quite spectacular. In the suit of wands the dominant colours seem to be pink and yellow, while in the cups suit there is a dominance of blue and green. The other suits and the trumps are more varied.

The four suits are titled Wands, Cups, Swords and Pentacles. The Major Arcana have titles in line with other modern traditional decks such as the Waite-Smith. In this deck Justice is at number 8 and Strength is at number 11, as in the Thoth deck and historical decks. The Court cards are titled King, Queen, Prince and Princess. Wands are associated with fire and Swords with air.

Norbert Losche lives in Germany and, as stated on the title card, 'began his life as a surveyor, then studied the history of art before taking up painting' It seems with this deck his intention was to create a deck based soundly on the Golden Dawn system. In some ways, it is like a fully illustrated version of the Golden Dawn's 'Book T' with the exception of the Court cards. The Major Arcana would appear to be fairly much in line with the symbolism used by Waite in his own deck with only a few exceptions. The Hierophant appears quite different and more like a mystic than a Pope. He holds a card in one hand and looks to his right and we see a ray of light in his line of vision. The Hermit is a younger man sitting in a yogic posture with eyes closed. His lamp is beside him on the ground and a star above radiates light. The Wheel of Fortune is another elaborate design showing a huge wheel in the night sky. The planets are arranged in such a way as to fit onto the Qabalistic tree of life. A ring showing the zodiacal glyphs surrounds the six ancient planets surrounding the Sun in the centre. The artwork on the majors, like on all cards, is intricate and full of detail. The hairstyles and clothing show a distinct 80's feel which could make the deck seem dated, although with the current re-emergence of the fashions of this decade this may be less of an issue.

In contrast, the Court cards seem to illustrate stars of the silver screen era. While there are a few I can pick, many are unfamiliar to me. Almost all are blessed with incredibly good looks. All figures are shown in a portrait style with the upper body only. Again they are intricately detailed. The cards are linked to different astrological signs but in a different way to the normal Golden Dawn attributions. The creators' attributions are quite unique I believe. He links the four Cardinal signs to the Kings, the mutable signs to the Queens and the Fixed signs to the Princes. Most of the figures have a symbol of the associated sign on or near them. For example, the King of Cups has a crab pinned to his lapel to represent Cancer. In the background of the Queen of Wands we can see an archer at the top of a tower, representing Sagittarius.

The Minor Arcana are fully illustrated but quite different in many instances from the Waite-Smith minors. I have heard them described as more like the Thoth meanings. Personally, I believe that Norbert Losche has attempted to provide illustrations based on the Golden Dawn meanings from 'Book T', which is where the Thoth and most of the Waite-Smith meanings also come from. In many of the minor cards we can also see zodiacal or planetary glyphs or symbols which link the astrological associations made by the Golden Dawn. While at first someone familiar with the Waite-Smith system may find these cards quite different, anyone who was familiar with the underlying Golden Dawn meanings could quite easily make sense of them.

The Six of Cups shows a couple sharing a quiet moment together. There is a sense of intimacy as well. This fits with the Golden Dawn title of 'Pleasure'. The Four of swords shows four men sitting down and sharing a drink. There is a camel tethered in the background. Four swords are laid out on a blanket in front of them on which is the glyph for Jupiter. The Golden Dawn title for this card is 'Rest from Strife'. On the Thoth deck Crowley titles is 'Truce'

Of course, for those readers who read more intuitively, these images provide a perfect visual and symbolic landscape as the colours are rich and the images are very detailed.

I would recommend this deck for beginners as well as more experienced readers, and certainly for collectors. The deck provides a solid framework with its basis in the Golden Dawn system and also has plenty of scope for intuitive interpretation. The artwork is, in my opinion, almost unequaled in modern tarot decks. Having now been in print for almost 25 years is a testament to both its substance and beauty. 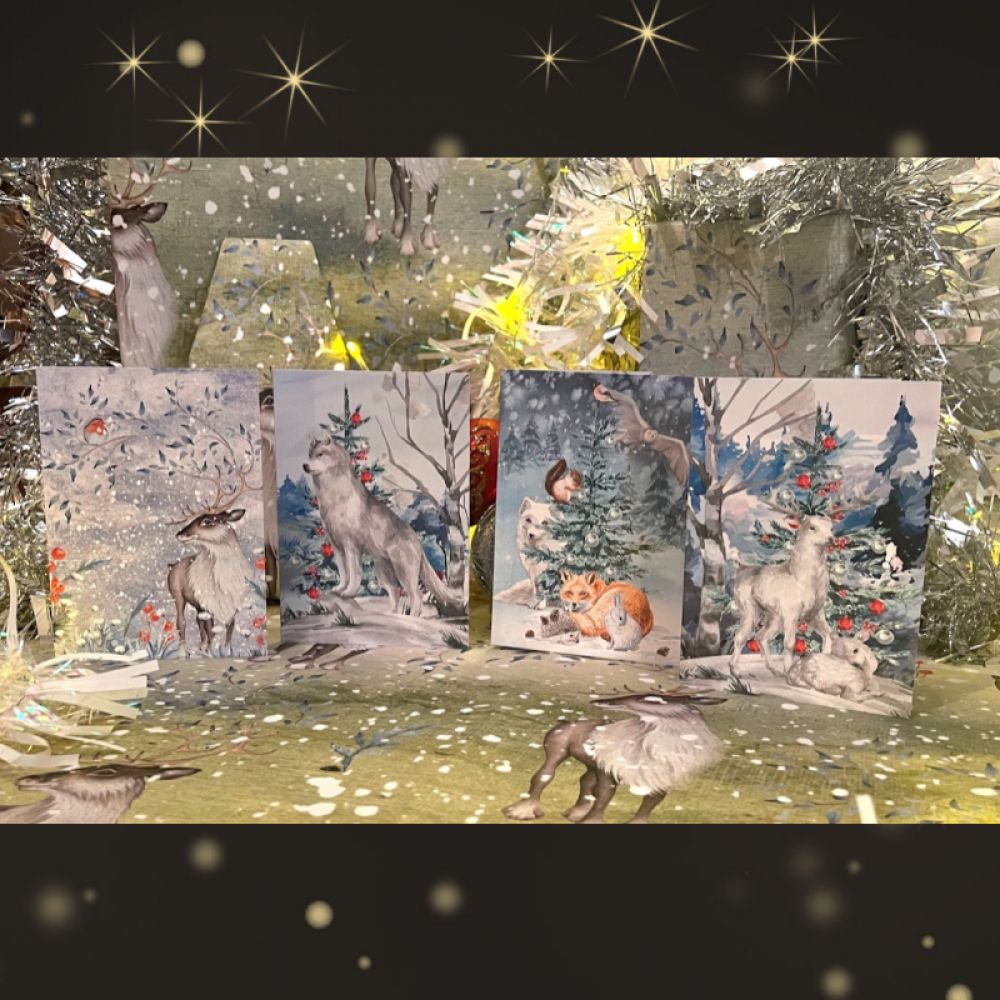 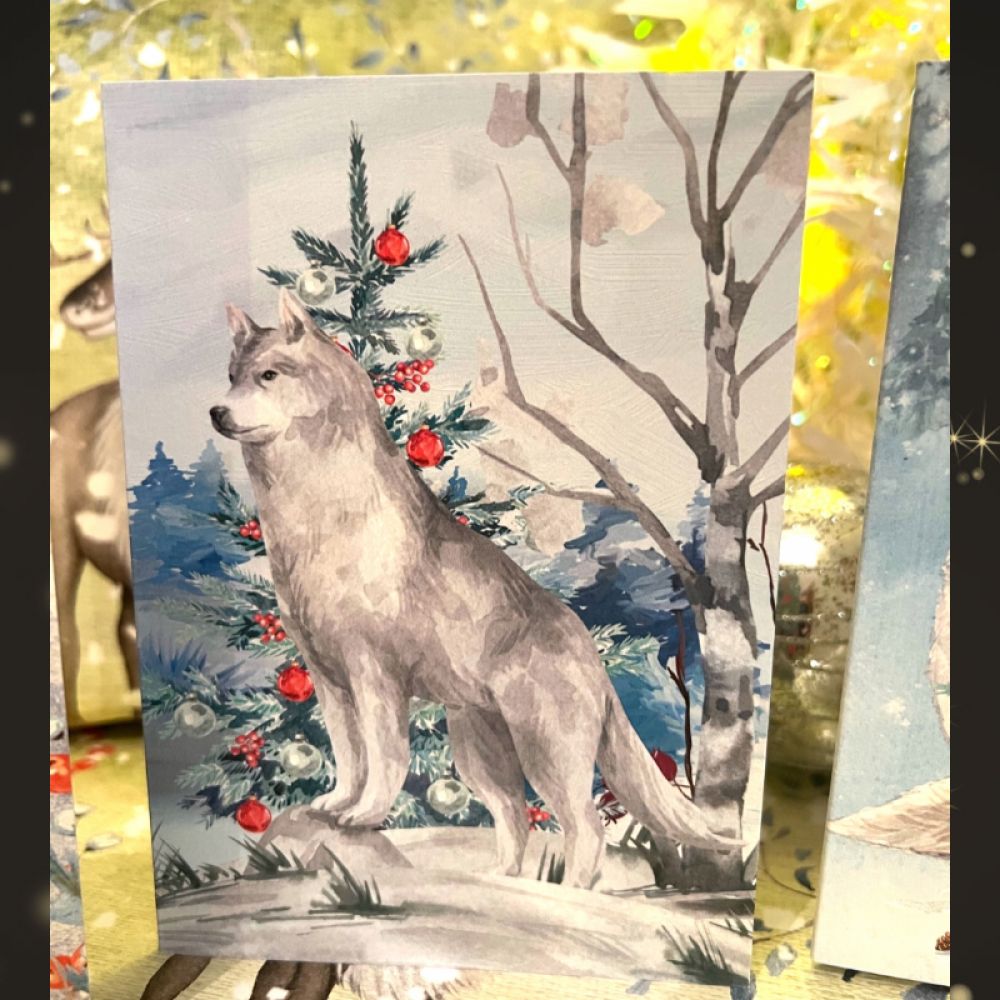 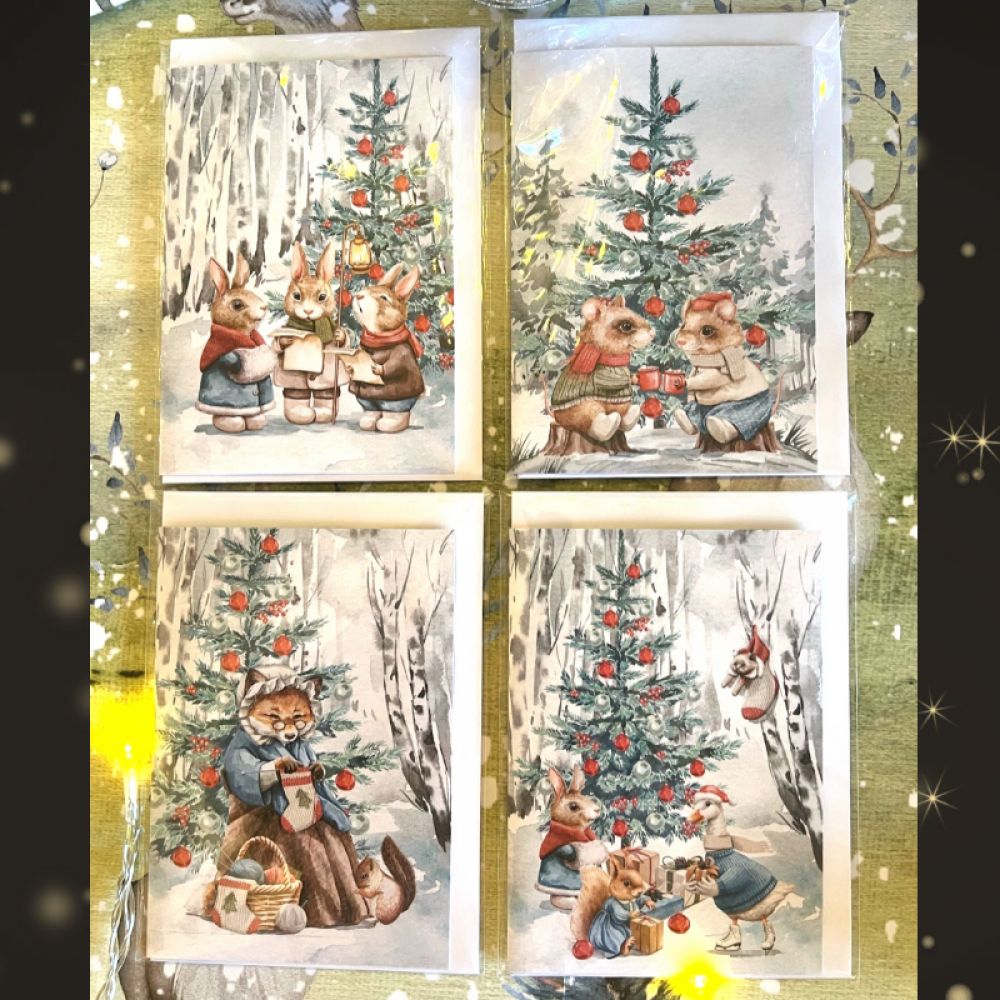 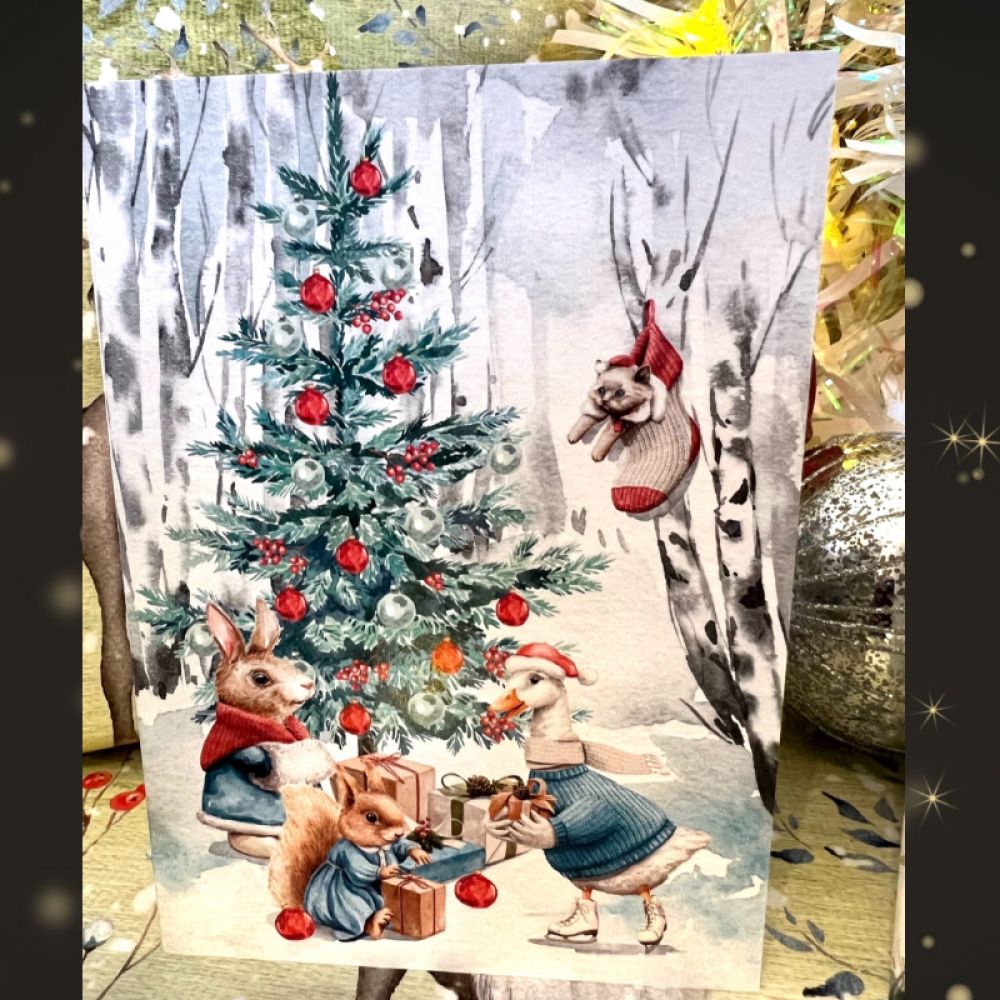 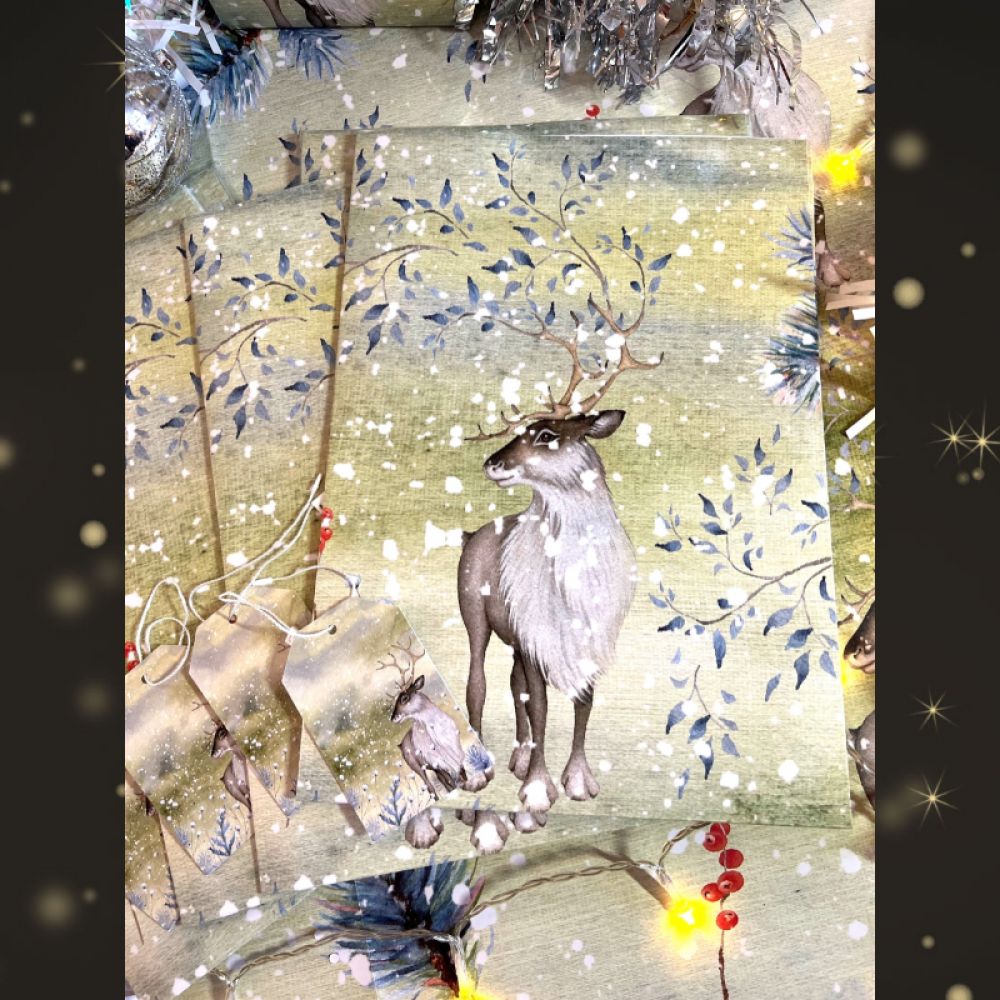 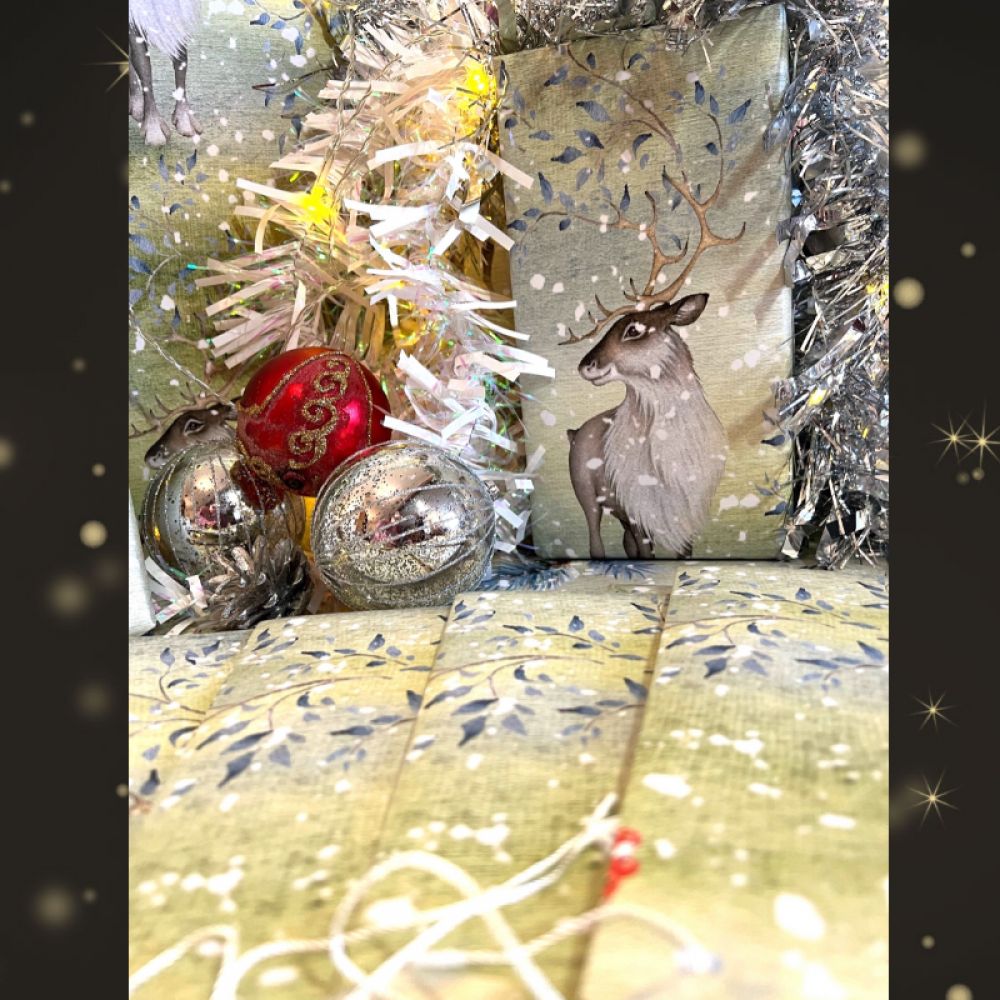 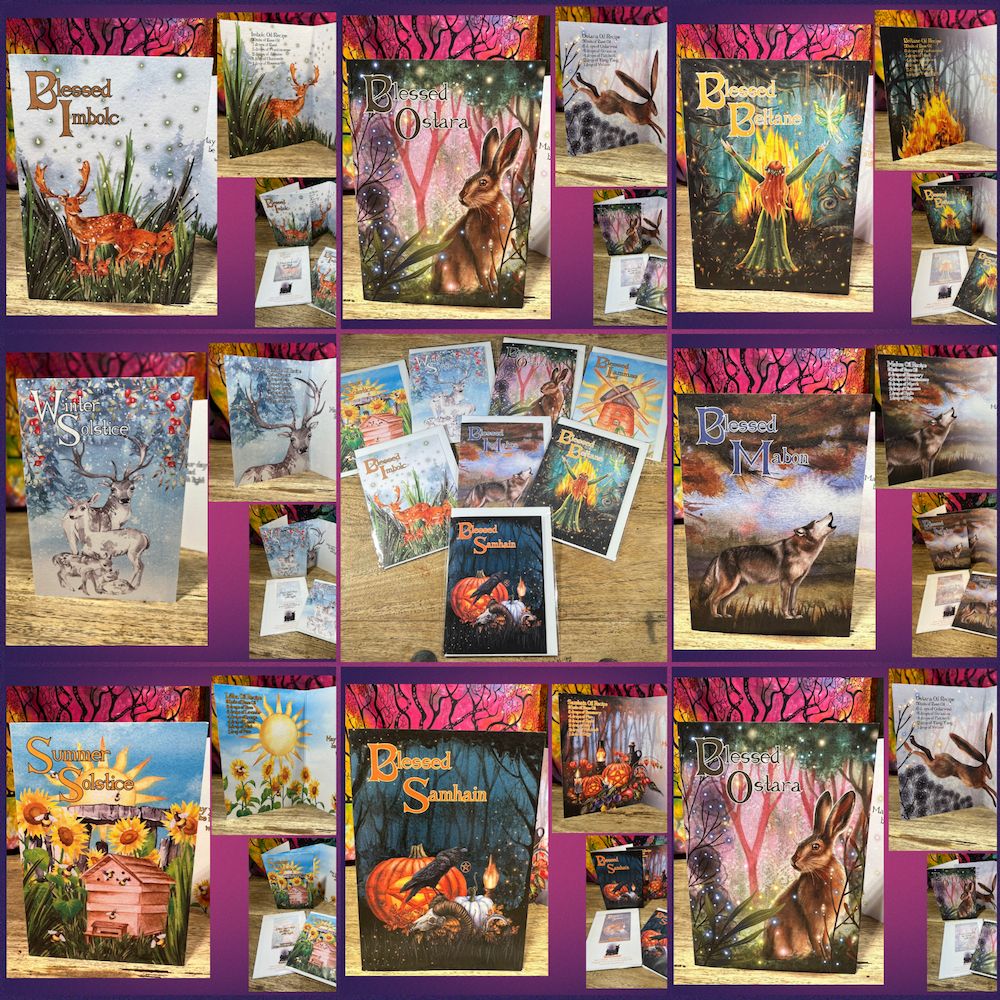 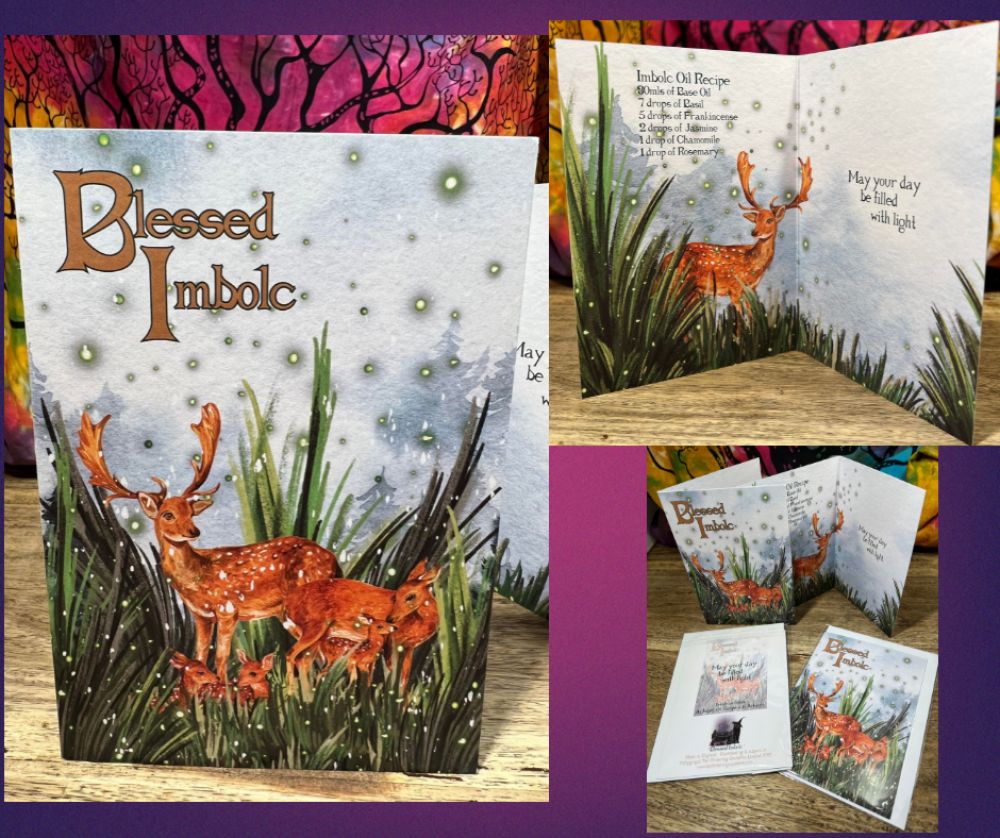 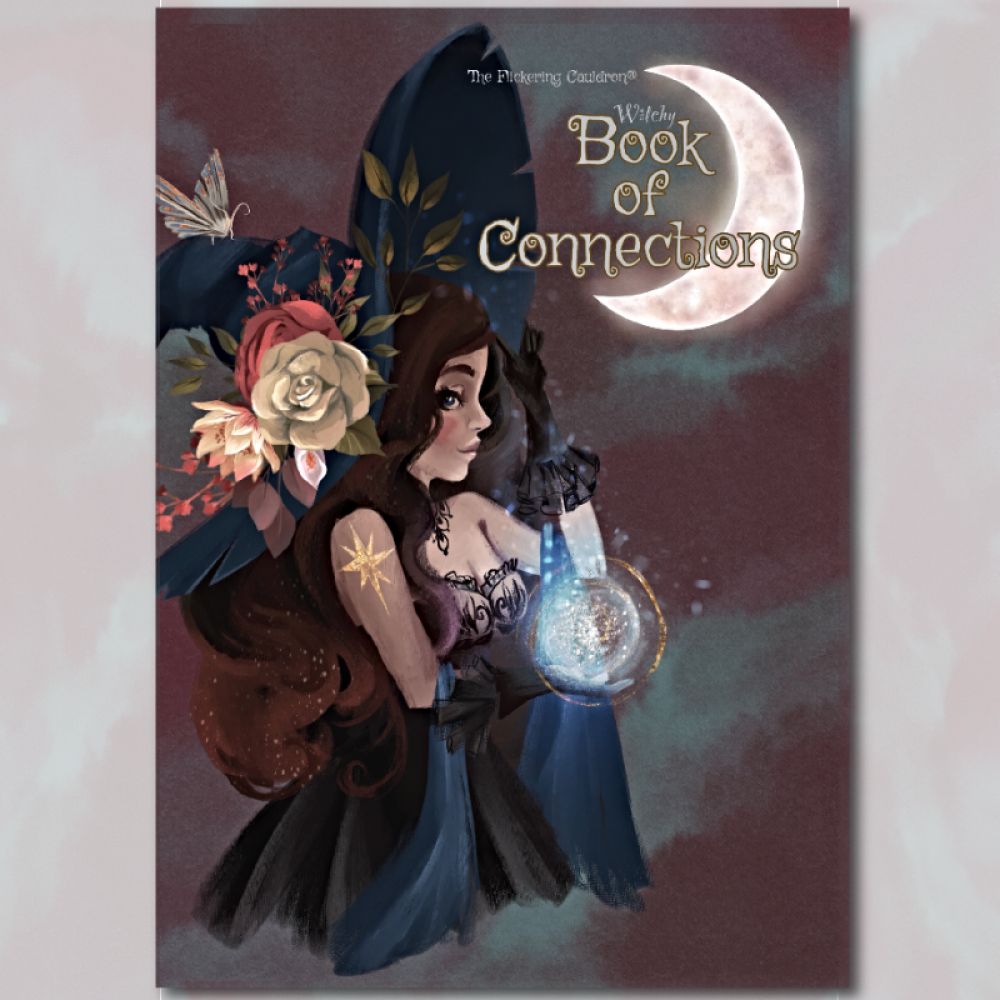 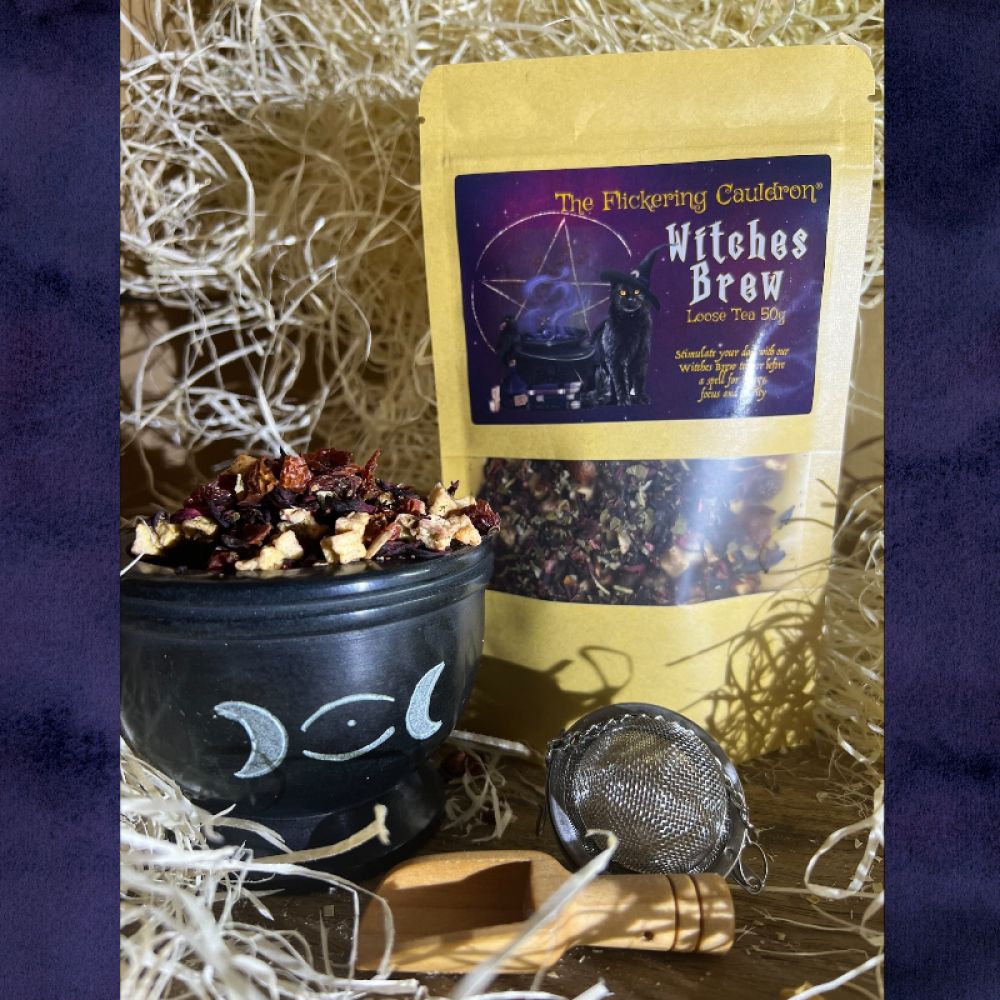 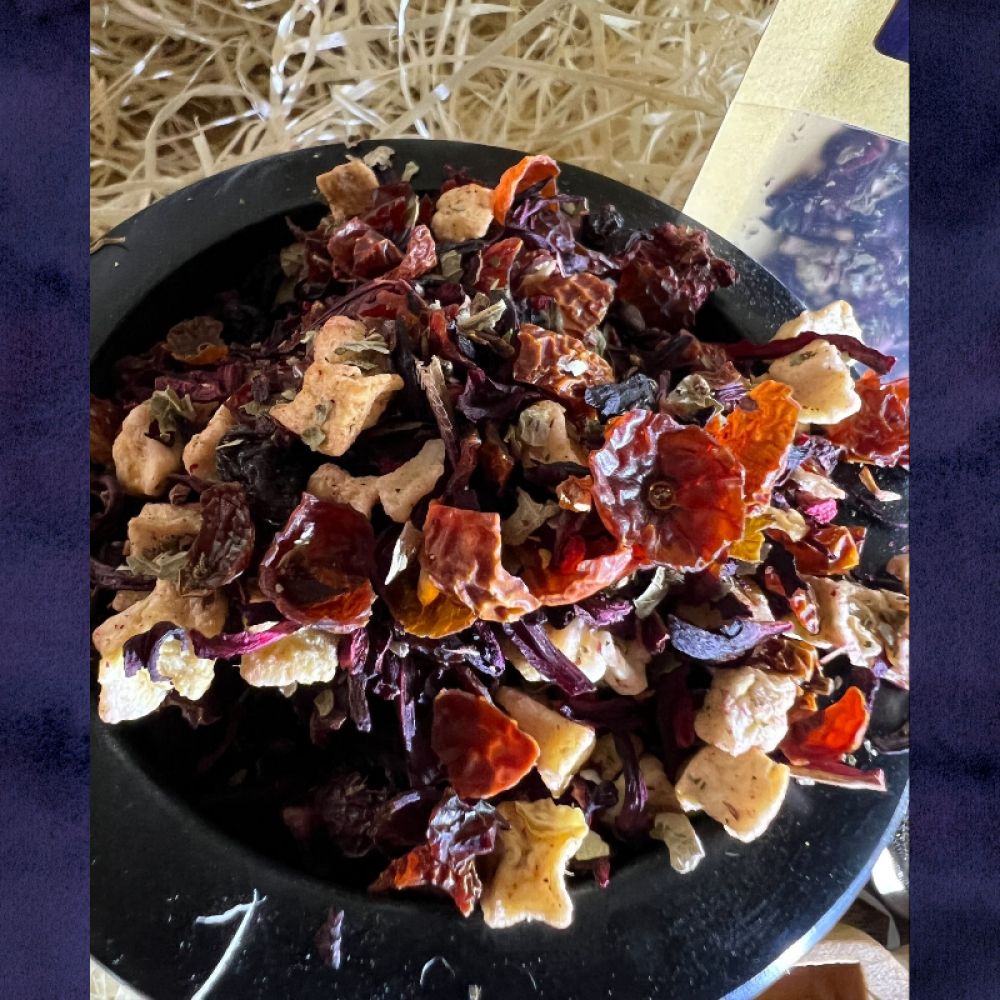 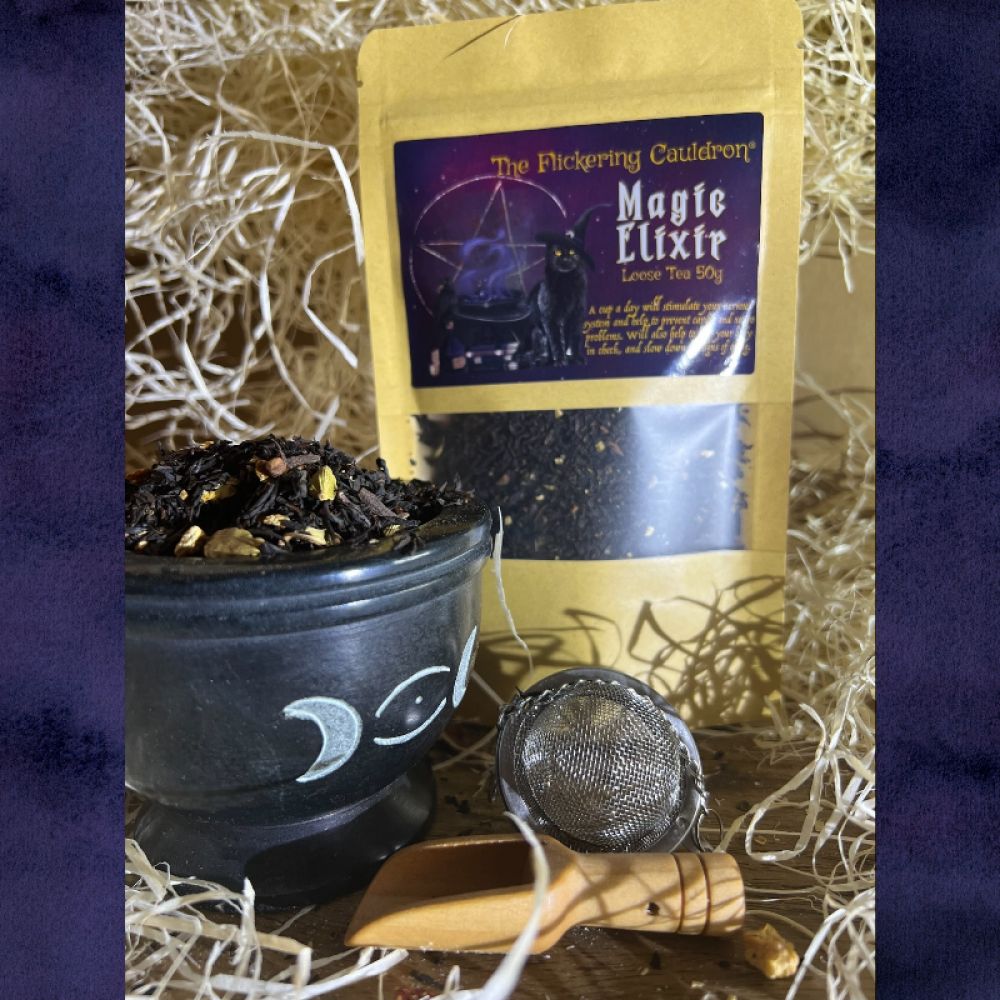 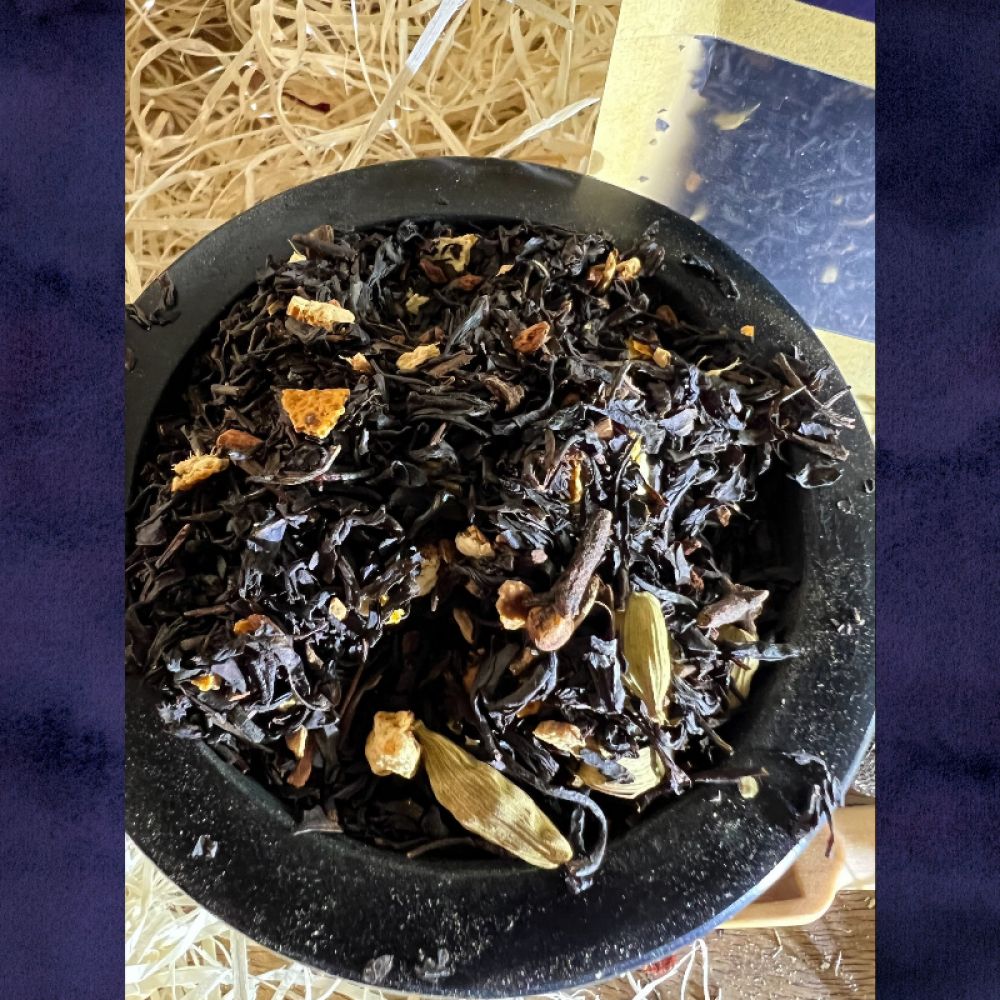 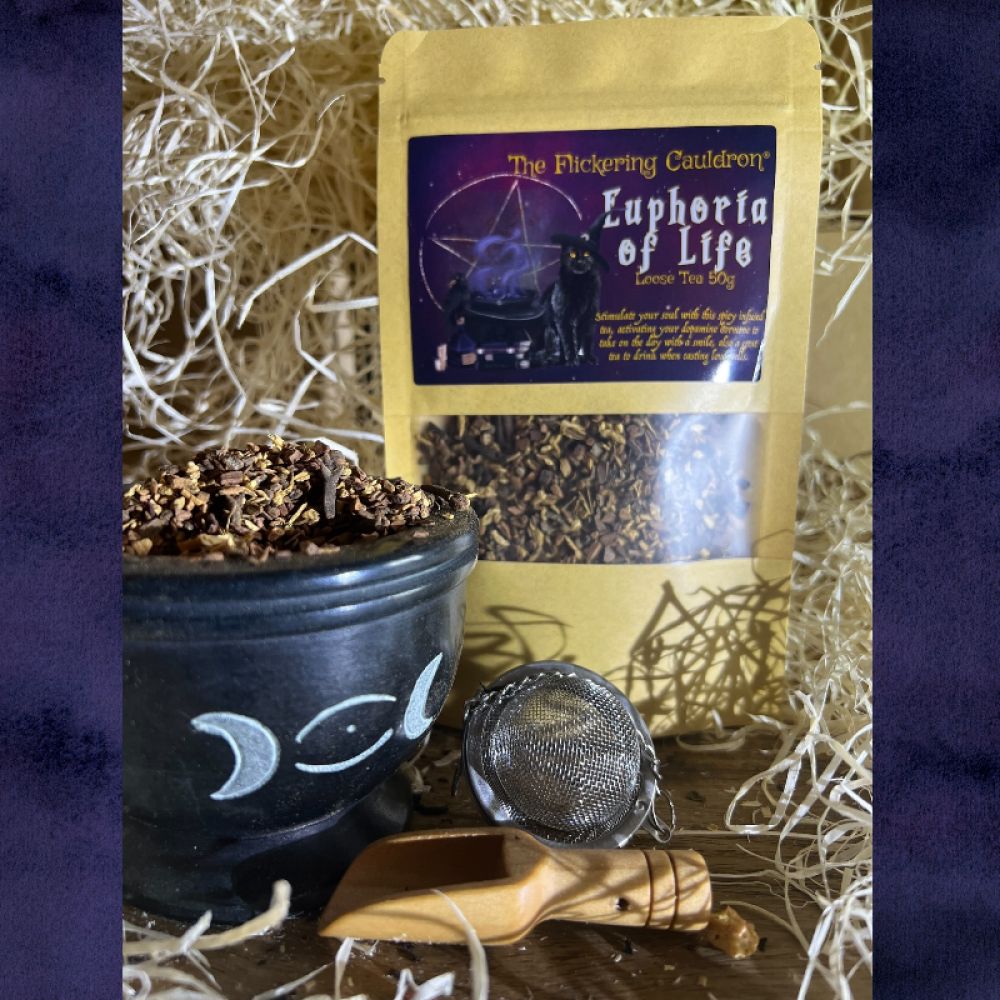 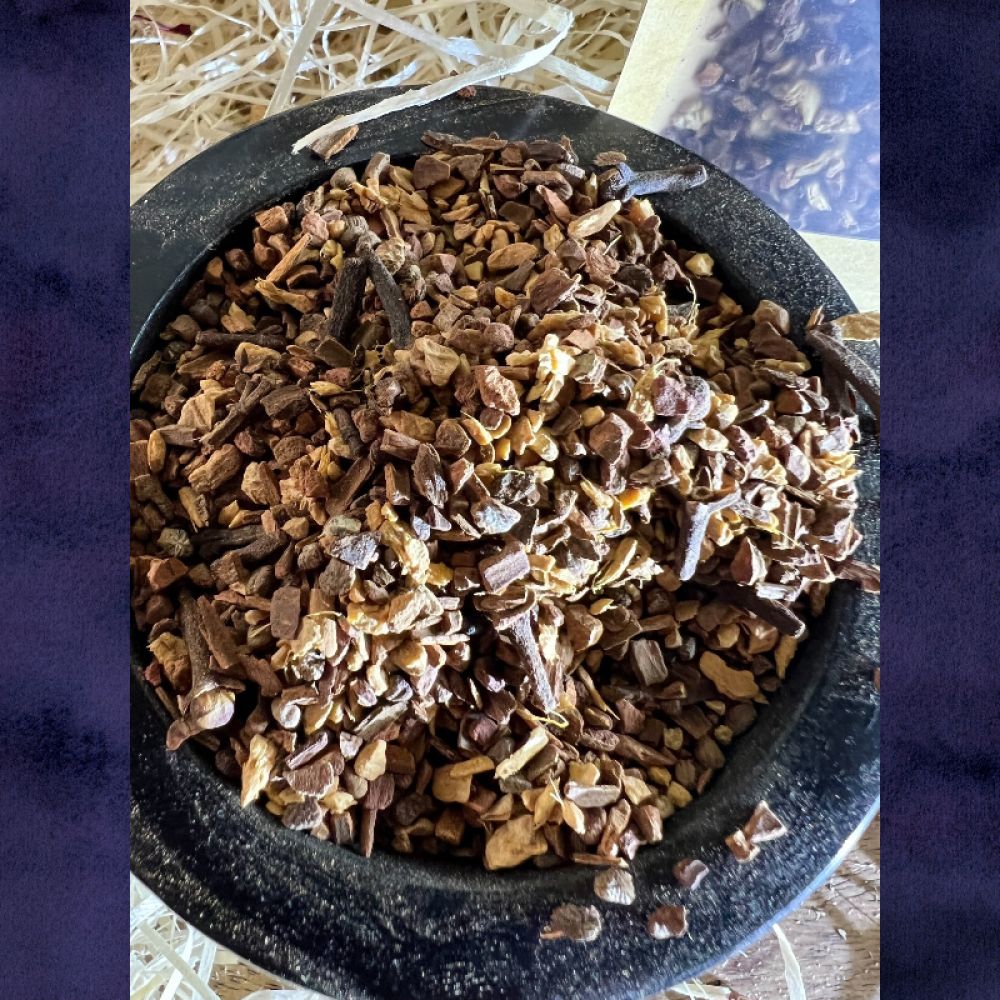 Euphoria of Life Loose Tea with Infuser and Scoop 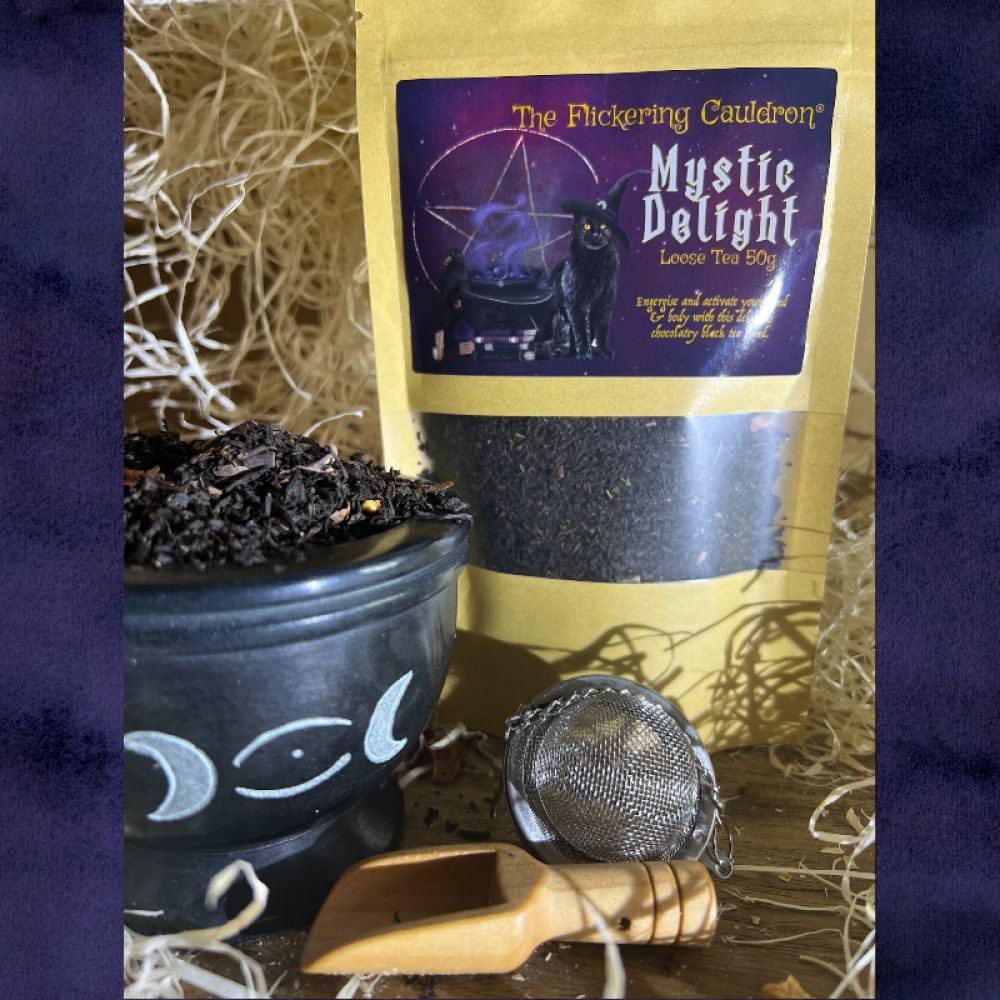 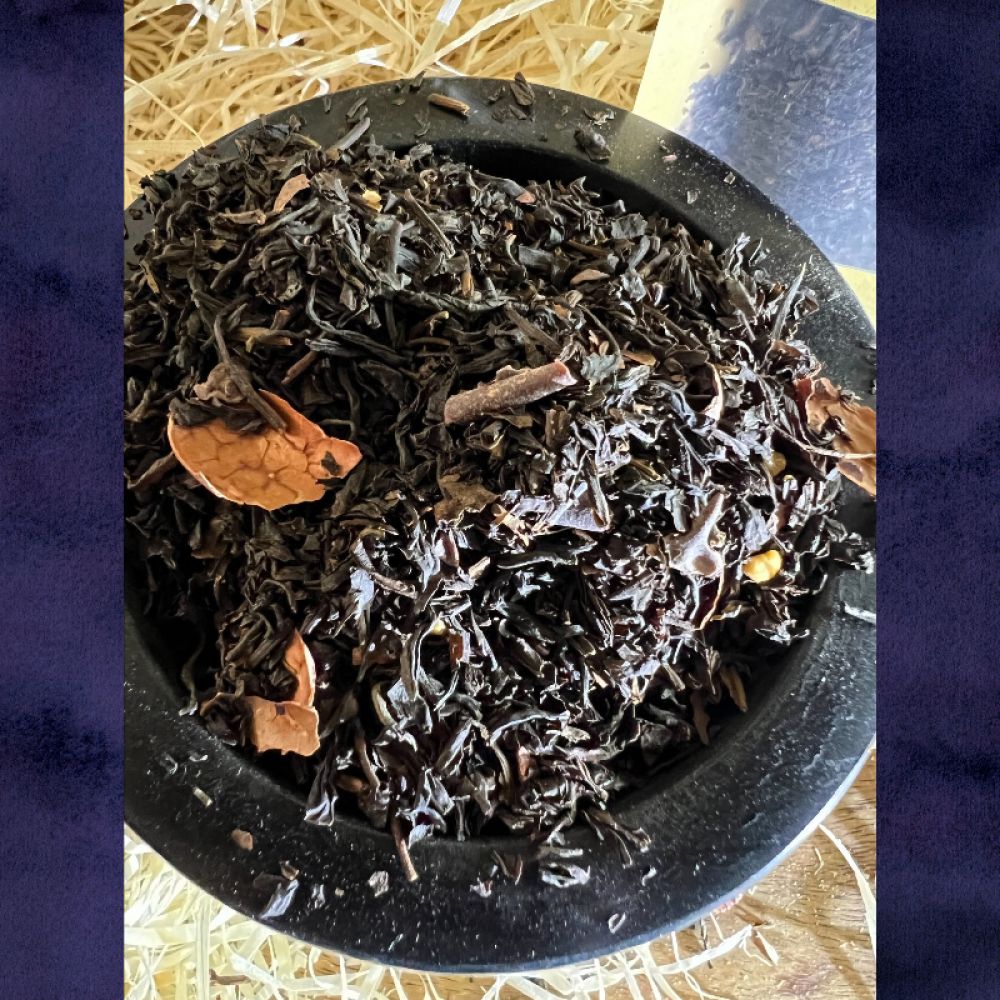 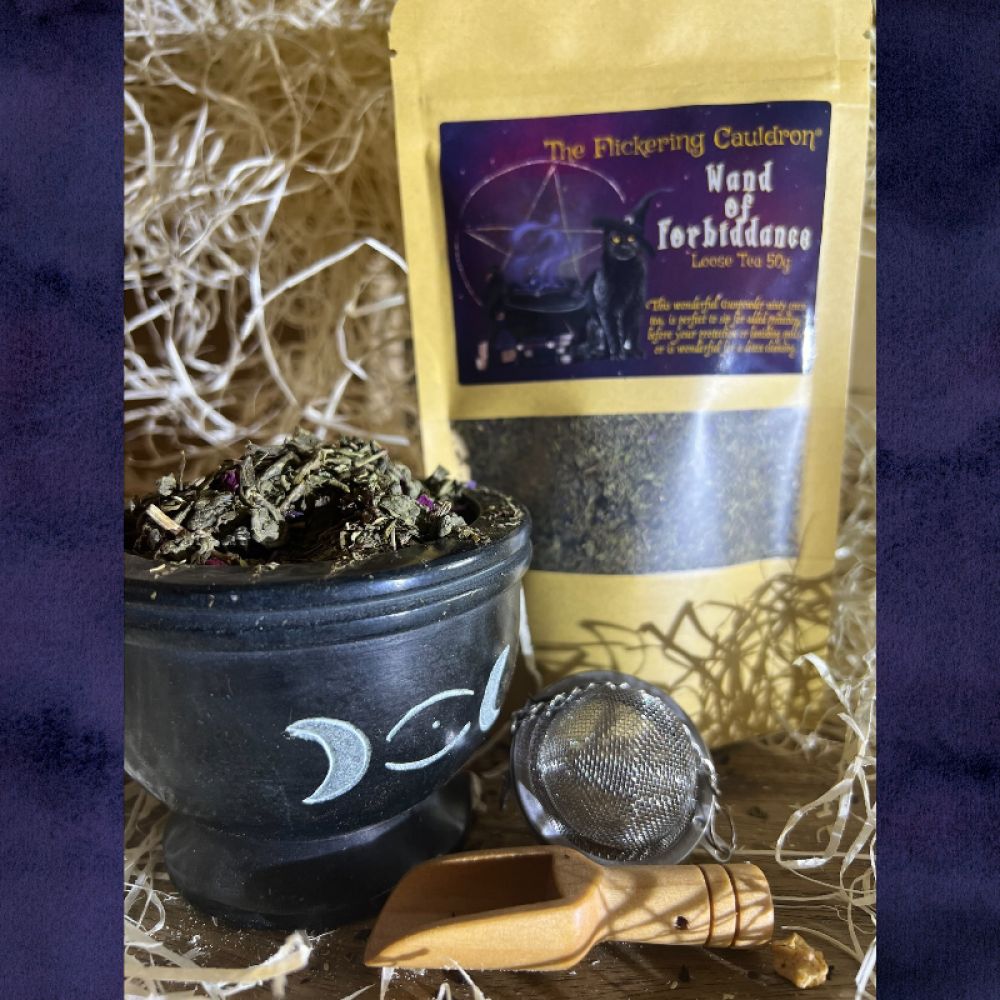 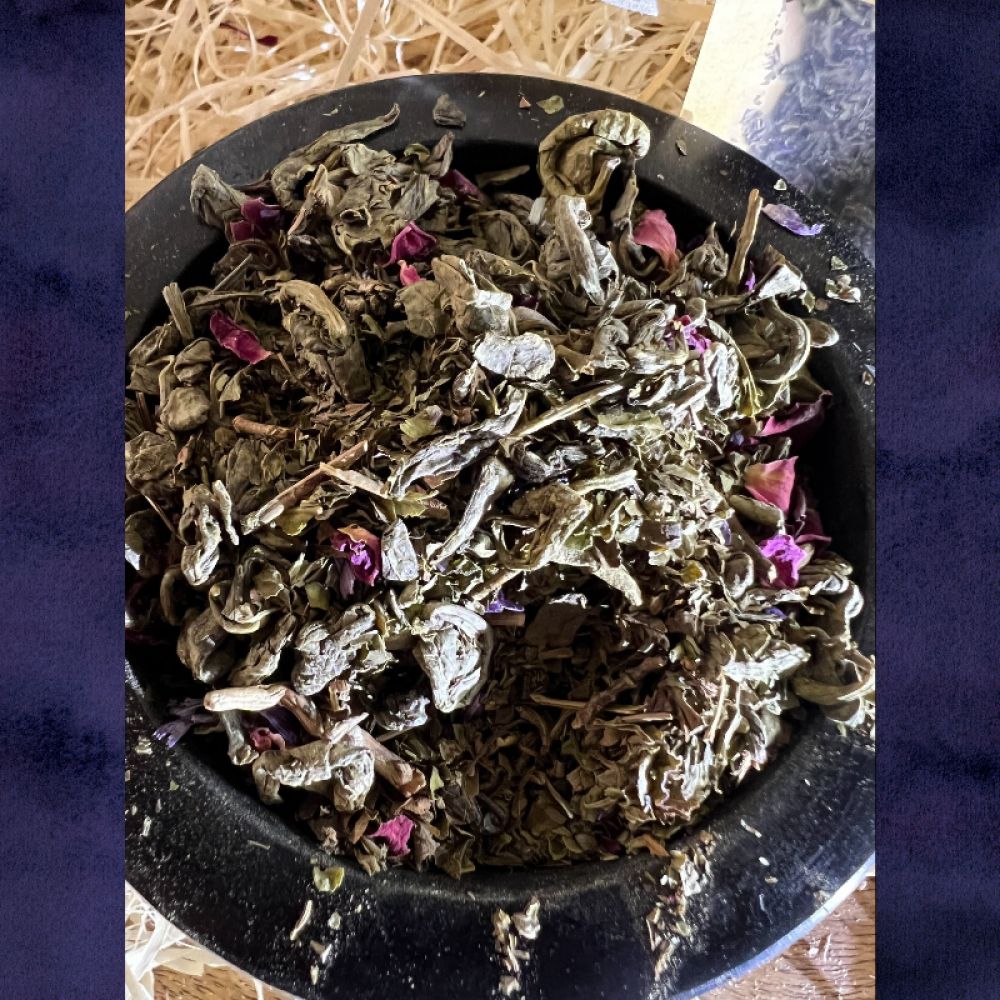 Wand of Forbiddance Loose Tea with Infuser and Scoop 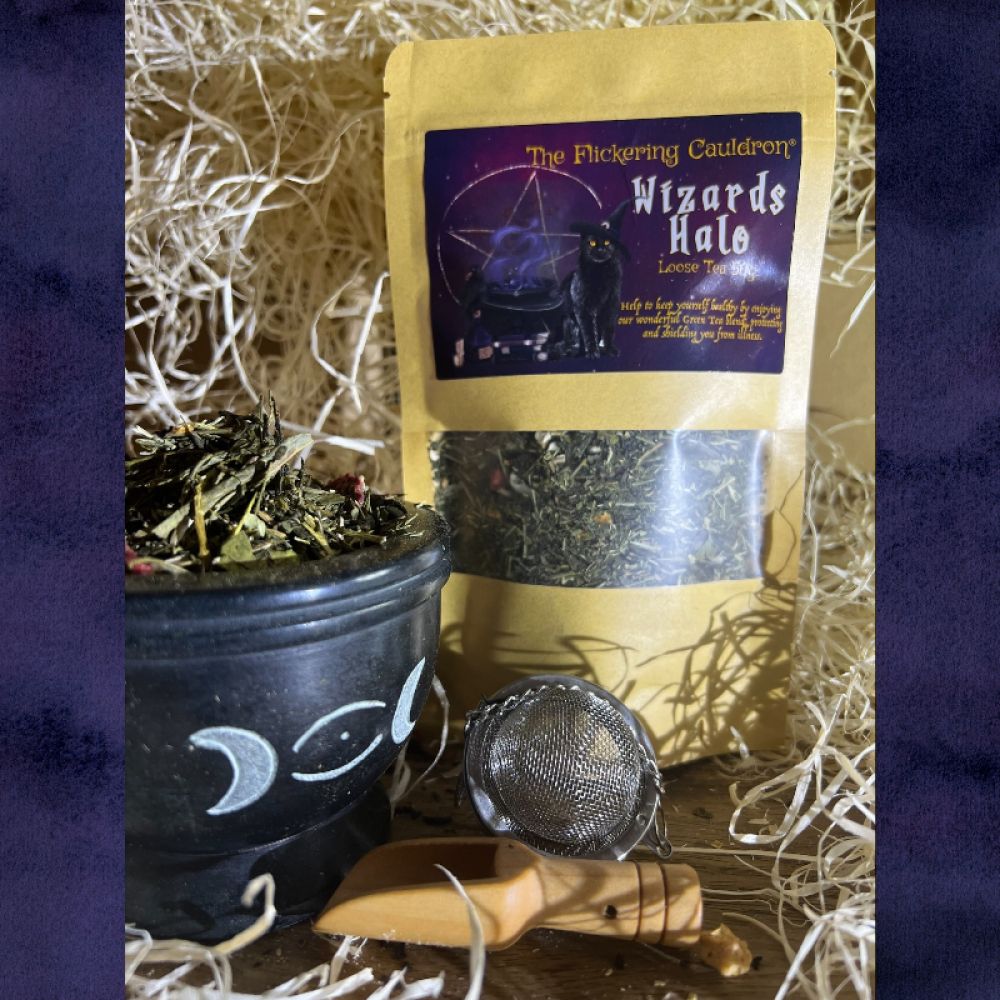 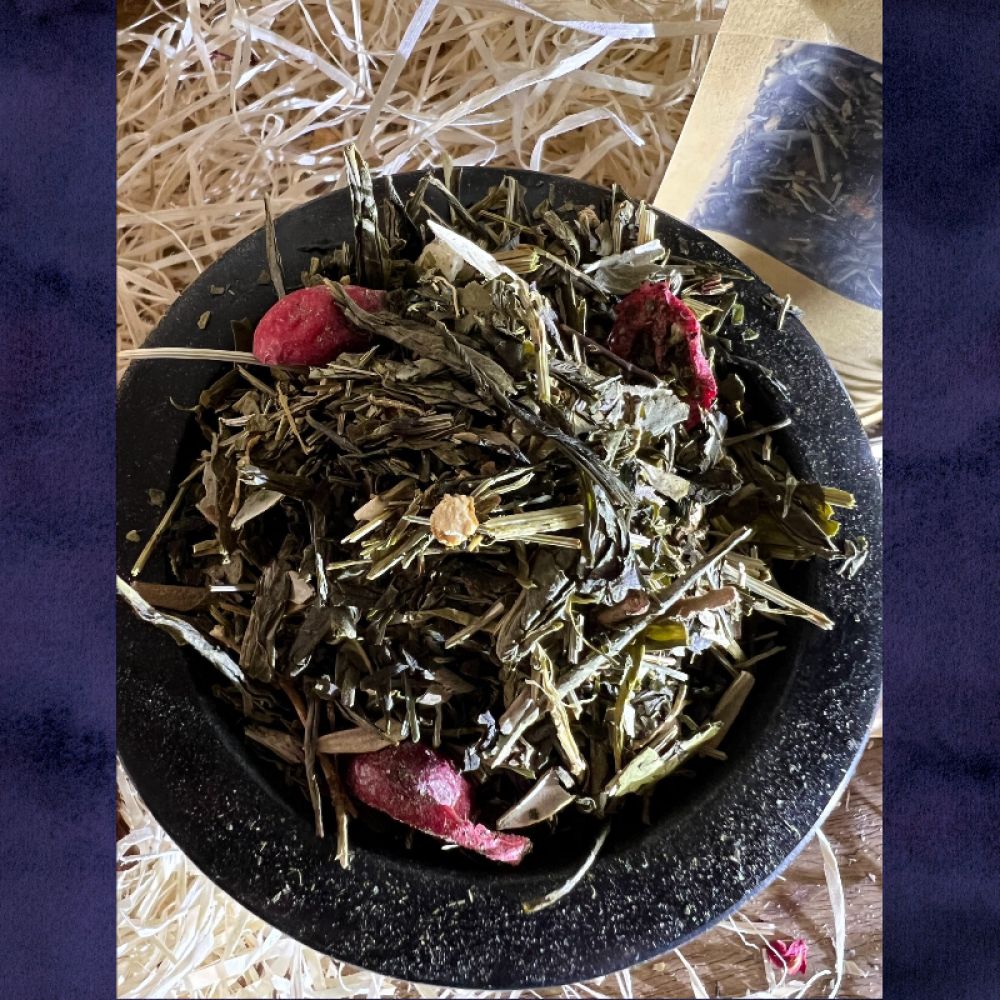 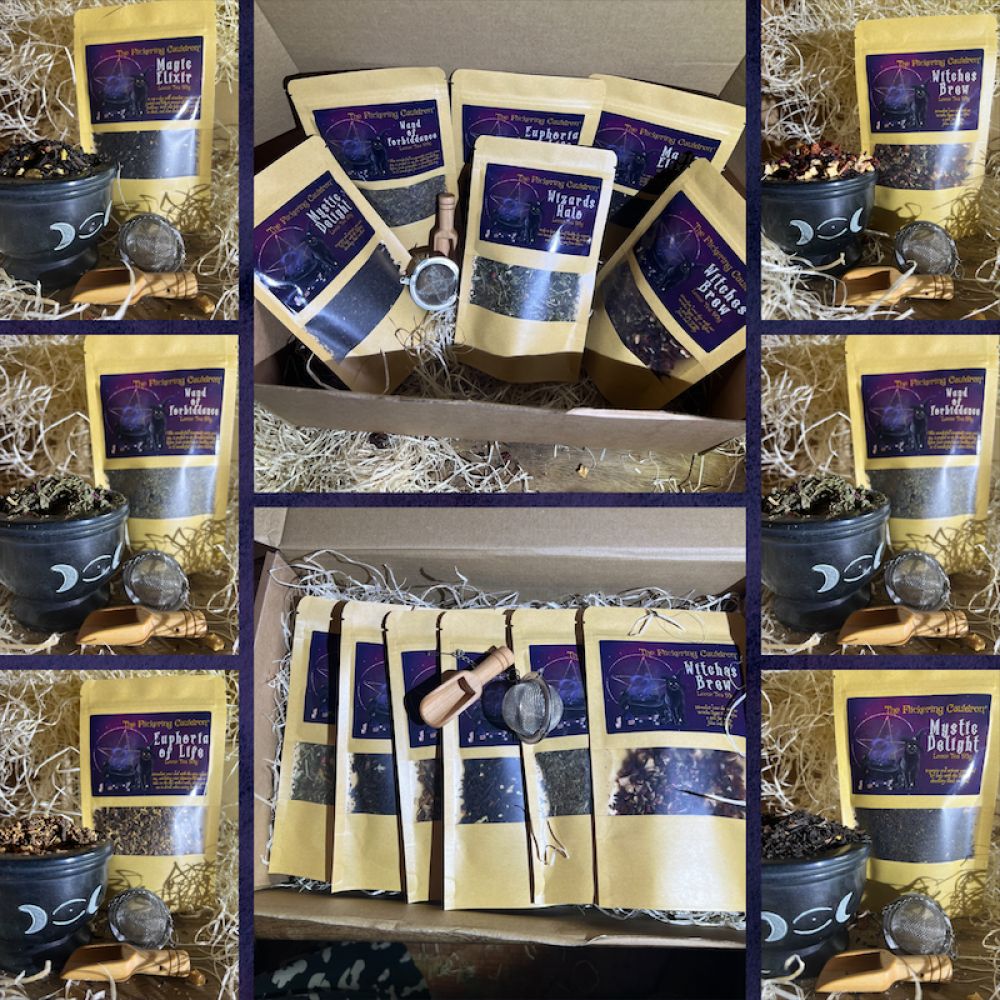 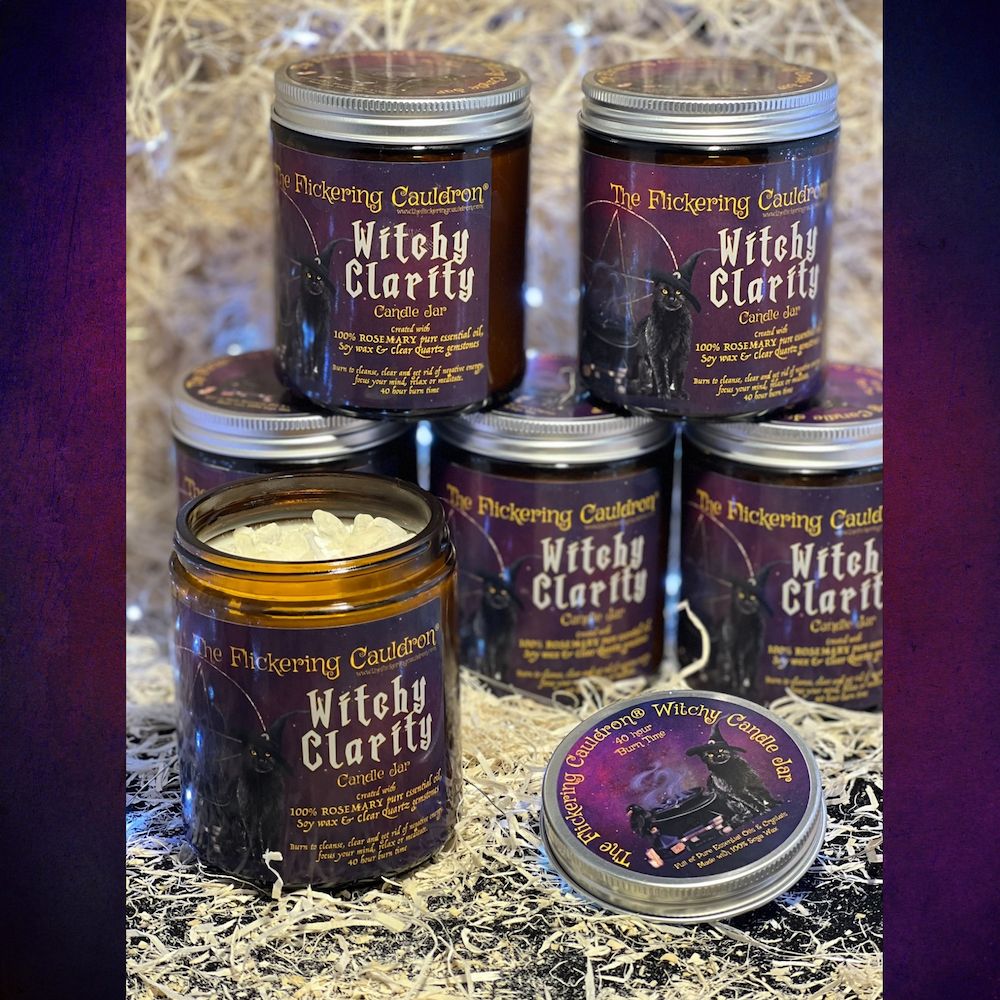 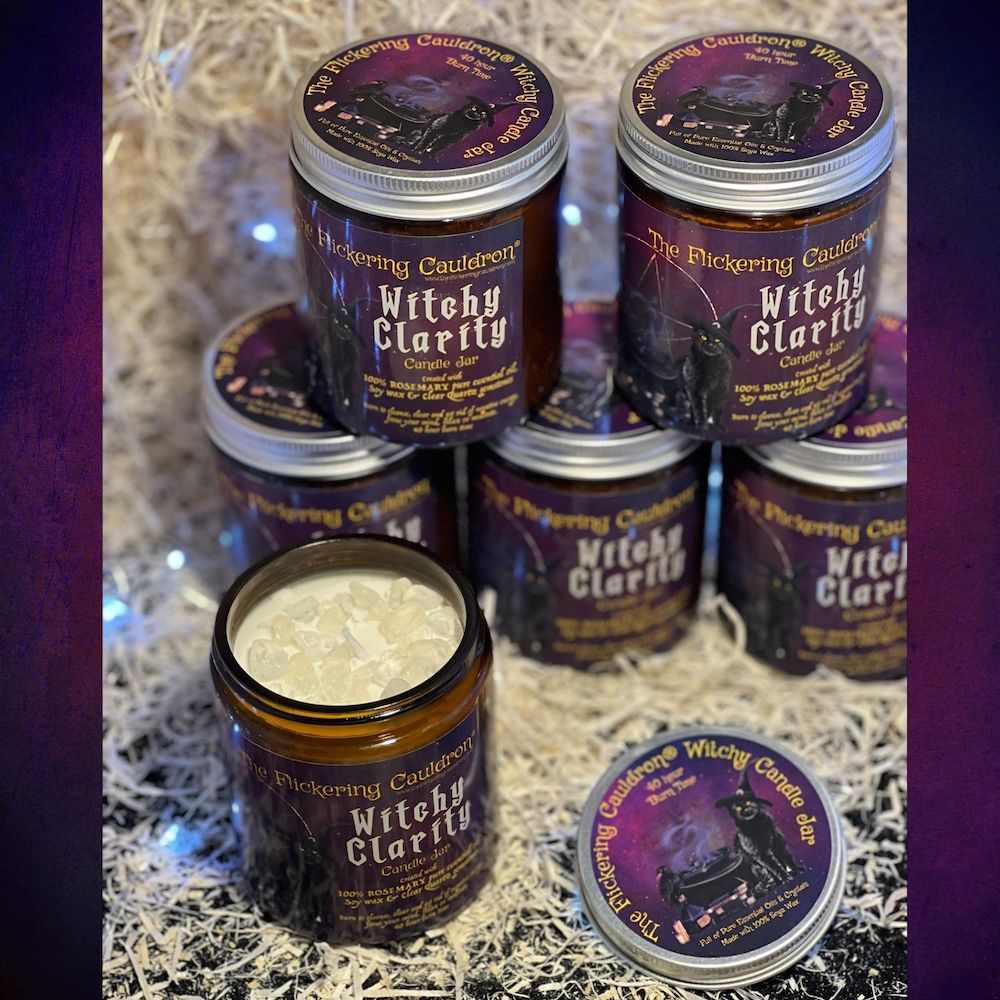 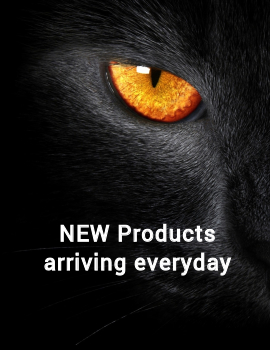 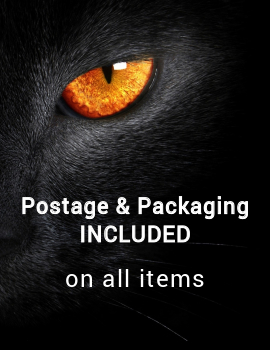 Be the first to know about New Products, Special Offers, Competitions and much more by signing up to our Newsletter (you can unsubscribe at any time)